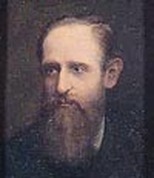 This story, written by Bertha Pappenheim and published as part of her collection Kleine Geshichten für Kinder in 1888, is believed to incorporate elements of her relationships with her father and with Dr Breuer (Hirschmuller, 1978)

It was a bleak February night and the promenades which surrounded the city with a bright frame now lay lost and abandoned. Wind stirred the surface of the pond and snow clouds racing through the sky were mirrored in the restless waves. Once in a while, the solitude was disturbed by a scraping in the sand, the muffled footsteps of a passerby, and a dance tune sounded clearly from a house across the street. Then the waves suddenly grew more turbulent and a little sprite emerged, her face intent with listening. Lured to the surface of the pond by the intriguing sounds, looking timidly around her, she met the stony gaze of a head carved into the fountain at the edge of the pond. It sneered at her even more maliciously than was its wont whenever she dared leave her dark home. Shuddering with fear, she again plunged into the water. It was not her fate to remain for long. Someone opened a window in the ballroom and the joyful tune spread even more insistently over the pond, drawing the little sprite from her home.

Hidden from the eyes of her stony observer by a cluster of reeds, the little sprite gazed her fill of the house, where swaying figures glimpsed through brightly6 lit windows left no doubt that humans were abandoning themselves to the pleasure of dance. The little sprite through how wonderful it would be to leave the cold world just once, for just a little while, and to fly through a brightly lit room, lost in an intoxicating whirlwind of music, led by a warm hand.

She forgot the dread punishment which awaited any daughter who dared leave the Realm of the Sprites and was recognized by man.

Moved almost unconsciously by her longing, yet still holding herself back, the sprite drew slowly closer and closer to the shore. Then forgetting everything, her mind a blank, she left her realm and whisked like a streak of fog over the street to the terrace of the winter garden whence the sounds poured into the night. She slipped in noiselessly, hid behind a cluster of palms and flourishing camellias, and watched the ebb and flow of the ballroom.

Humans eddied past her, beautiful and still more beautiful in their radiant colours and the feverish joy of celebration. They smiled, nodded, spoke, fanned themselves, and beckoned. It all seemed so incomprehensible, yet understood. For a long time, the little sprite stayed in her hiding place, unobserved. The strange atmosphere, the torrid heat, the light, the flowers’ perfume, everything conspired to stun her, leaving her incapable of thought, prey to the one desire which possessed her in all its strength – only for someone to come and lead her in the dance.

She forgot how shy and awkward she felt. All of a sudden, she found herself, dressed as she was in her long, white town, with loosely flowing hair in which drops of water still shimmered, standing in a row of young girls eager for the dance.

He was a tall, handsome man; a long beard framed his face in which dark blue eyes bespoke love and kindness. The sprite didn’t look up. He clasped her in his arms and they sped away to melodies more beguiling than any she had heard before. Could this man possibly suspect with whom he danced? Did he have an inkling that she belonged to a cold, hostile word which she could not leave without punishment?

She danced for a long time, speechless and at peace, again and again plunging into the whirl until the last couples trailed off and the music finally died away.

When the sprite again neared the winter garden, she decided to gather all of her courage and thank her partner. She looked up at him and tried to say a few shy words. Then he saw that she had green eyes, eyes as green as the reeds at the edge of the pond. The man was overcome with shuddering and turned away from her. Now he knew with whom he had danced and the sprite knew that everything was over and done. She fled, hoping to return as quickly as possible to the pond, her birthplace.

But, to her dismay, she found that she had stayed with the humans far too long. For hours and hours, the north wind had raged in fury and cruel frost spread his icy blanket over the water. The little sprite was barred from her home. Now the stone head carved into the fountain had something to laugh about as he watched the sprite stray around the shore in despair.

She was so weary. The storm raked through her hair and the wind tore through her gown. The layer of ice separating her from her sisters grew thicker. With the gray light of dawn, snow began to fall and the little sprite sank weak and exhausted to the ground, her head cradled against a rock. Softly, the snowflakes drifted downward, covering everything and, as if with pity, the little sprite as well.

Frost and cold reigned for a long time. After many weeks, the sun began to regain its strength, and the snow melted away. Then the stone head carved into the fountain saw something delicate, a little green plant flowering near the rock at the edge of the pond: a snowdrop.